Home Health How To Avoid Frugality 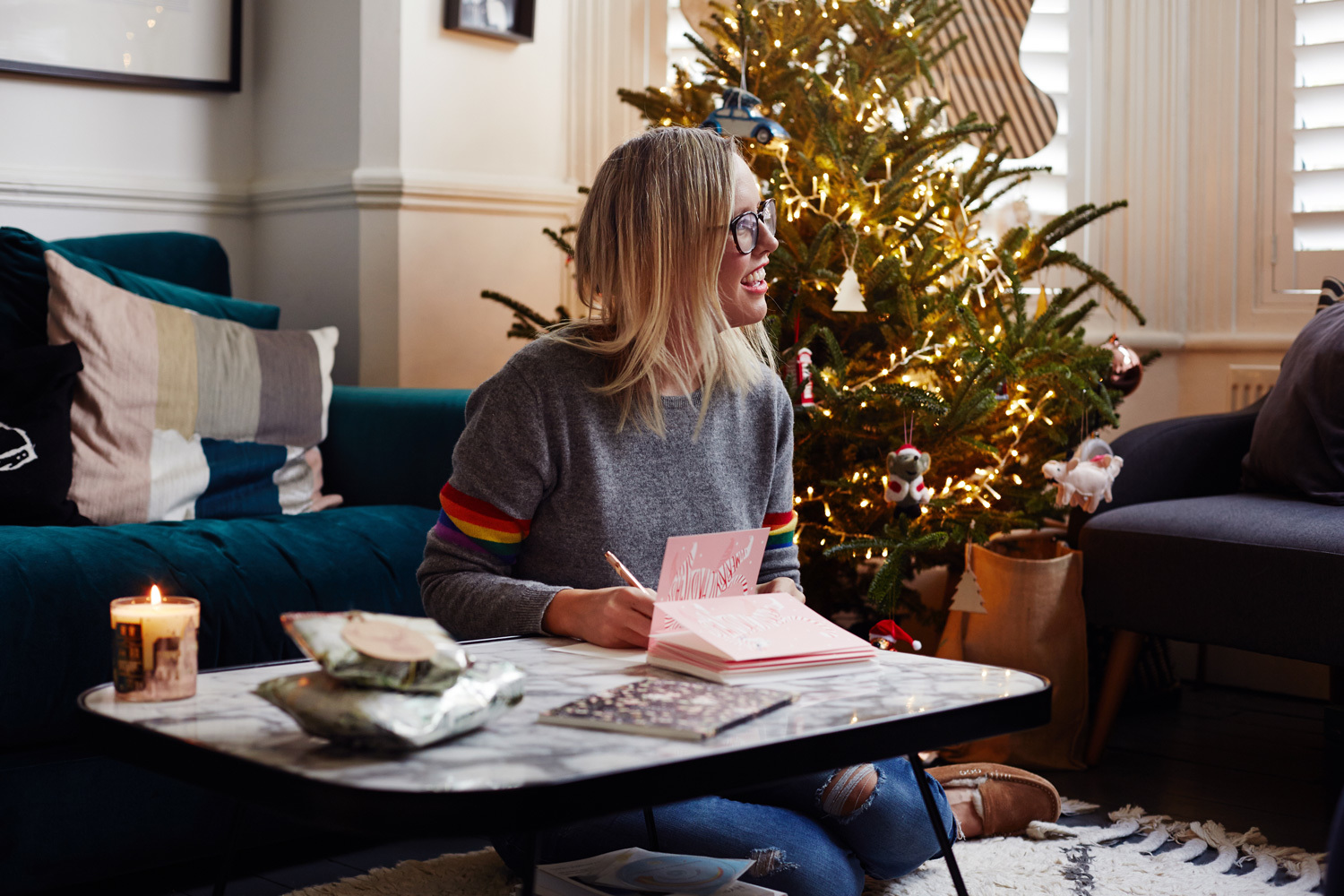 Like most Americans, I maintain a life of frugality. Granted, the place that I draw the line on where I will cut back is different than my neighbor’s line – or yours.

What we all have in common, however, is that we draw this line somewhere. I’m not sure that’s true of the Donald Trumps or Mark Cubans of the world, but I’m fairly certain that over 99% of the rest of us must live this way.

I’m okay with that. There’s a bit of increased spirituality that comes from being frugal – a connectedness to a higher power in respecting the earth’s finite amount of resources. I’m not referring to asceticism but just that it feels right to “waste not, want not”.

Making a conscious decision to not be wasteful makes it a better world for everyone, right?

I don’t promote self-righteous frugality. I’m not really in to cutting corners for the sake of shaming those who don’t.

In truth, my past experiences combined with my current income are probably the two largest factors in determining my level of frugality. Heightened spirituality aside, frugality is often an attempt to simply get the most enjoyment out of life while spending the least amount of money – saving a bit with the hope that I can maybe spend even more when I’m older.

Being frugal makes sense.. most of the time, but as with everything else in life, there are exceptions to the rule. As I grow older, I realize that there are sacrifices in life that I will no longer make just to save a few dollars. There are times to avoid being frugal.

The following is a list of items I refuse to cut back on, and probably won’t, unless my circumstances someday dictate that I have to.

Toilet Paper – Once upon a time, I went to the grocery store with a singular goal of saving the most money while getting everything on my shopping list. I would sacrifice flavor, convenience and comfort if it meant saving a few dollars. “Always Save” was my brand of choice when restocking my toilet paper supply.

Somewhere down the line, I tried the nice stuff. Quilted Northern Ultra Plush was an eye-opening experience. Gone was the chafing and burning that often accompanied my daily walks. I had used the cheap stuff so long that I didn’t even realize the discomfort it often caused me. The experience of wiping now made me feel whole and complete – in that moment. That’s important. I went back to the cheap stuff on occasion and over time, I realized that it simply wasn’t worth it. I would forever more be that guy who insisted on quality toilet paper, regardless of the price – even if my two toddlers insist on flushing a portion of the good stuff down the toilet for games every week.

The really great news here is that you can still be frugal while getting the best toilet paper. Even though I no longer regard price as an issue, I’ll certainly pay less if I can get the same quality. A 2014 Consumer Reports edition has reported that White Cloud 3-ply Ultra Soft and Thick is the best toilet paper around – and it comes in at a surprising cost of only .25 cents per 100 sheets.

Air Conditioning & Heating – I love to sweat. I like it more than most and every year, I crave the intense heat of June and July so that I can spend more time outside. Outside with my kids, enveloped in nature, is my “happy place”. But then I come inside.

As much as I love to be outdoors and working up a sweat during physical activity, I love being cool and relaxed while inside. In the winter, I like it toasty warm inside.

I used to skimp on my heating and A/C so that my monthly bill would always be lower. When I drove somewhere in the summer, I’d roll the windows down to keep the air off and save money. I soon realized that saving $50 to $100 simply wasn’t worth it.

There’s a substantial savings over time when you sacrifice heating and air-conditioning but it’s a sacrifice I’m no longer willing to make.

I hate the fact that my local utilities company feels the need to charge so exorbitantly much for a comfort that should be enjoyed by every human being on the planet but my objections mean little to them. They’ll continue to charge and I will continue to pay. I enjoy the controlled-air climate of my castle. There’s a far greater value in how I feel every day in comparison to the overall amount of money in my pocket.

I recognize that their are poor communities, both locally and abroad, that can’t afford this luxury. I’d be a liar if I said that I don’t think about this once in a while or that it doesn’t bother me – but that’s not something I’m able to change. I recognize that I’m quite fortunate to be able to enjoy a luxury that many others can’t. I’ll keep paying for it while I can. Cheap trash bags annoy the hell out of me. I’m confused about the retail selling of any item that simply doesn’t work. If I can’t even fill a bag without poking a dozen holes in the side, there’s a problem inheritent to the product that needs to be addressed.

Consumer Reports lists the Glad Drawstring Stronger with Less Plastic and Hefty The Gripper as the two best trash bags on the market. I can’t validate these specific findings, as I just employ a system of shopping for a more durable bag that costs a little more. That’s enough to guarantee I won’t be spending extra time picking all my trash up off the sidewalk.

Medical Insurance – I abhor the cost of healthcare. It’s a real strike against capitalism, which I normally support with great enthusiasm.

When you step back and take a good long look at an actual hospital bill, your jaw should drop. Americans are getting raped by the cost of healthcare but until such a time that a change should actually occur, I’ll pay the lofty price of insurance.

I’ve got two kids and a wife. I’m the man of the house and it’s my job to give them the best life possible. When I consider a situation where trying to save extra money might lead to a lack of critical healthcare for a family member, it makes me sick to my stomach. I can’t control everything that happens in life but if I have to pay more to ensure that my family gets the best healthcare when they need it most, it’s just what I have to do.

Life Insurance – Like healthcare, this is something that I must have for the benefit of my family. It took a long time for me to arrive at this place. I’m a gambler by nature and I really prefer to believe that I’ll die as an old man in my bed.

But what if I don’t? As I grow older and wiser, I see far too many friends and acquaintances going under the knife and many going six feet under the ground. If that does happen to me, I want those kids of mine to be in good shape and not have to scrap and fight for every last dollar the way I always did. They deserve better.

Life insurance is priced far better than healthcare, as well. An average 30-year old in great health can get a 30 year, $1 million dollar policy for about $750 a year. Calculate the debt your family will incur should you pass away and you soon realize that this a return of investment like nothing else you’ll find anywhere.

Peace of mind always comes with a price tag.

How Do You Manage Frugality? Learning to be frugal comes with time and age. As you transform into a wiser more intellectually superior form of yourself (hopefully), you’ll likely be more forthright with the things in life that mean more to you – as well as those things you are more willing to sacrifice.

When I eat out at some fancy restaurant, I’ll continue to be the guy who passes on the $39.99 filet mignon for the American bacon-cheeseburger. I actually prefer it.

I’ve learned that price doesn’t always guarantee a better product – except when it does. There’s definitely a time to avoid frugality.

What’s the “must have” in your life that you’ll always demand, regardless of price? How to Build Your 401K Portfolio?

An Essential Guide: How To Select A High Quality Carrot Seeds!

How To Grow Tomatoes At Home

How to Buy the Best Calorie-Tracking Device?

How to Find Lost Pirate Gold?

What Is Blight In Potatoes? 7 Uncomplicated Tips For Dealing With...